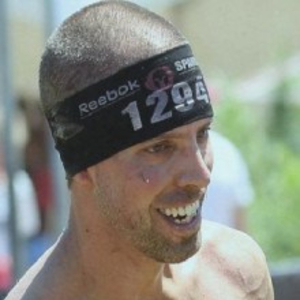 I wish I had a cool background story for all of you but truth be told I am just an average, every day run of the mill guy like so many others. I grew up playing any sport I had the chance to, I played baseball, basketball, wrestling, pole vault, and eventually took up golf. I was the kind of athlete that was always pretty decent at any sport I tried, but never really excelled at any of them.

I was introduced to CrossFit in 2007 when a good friend of mine partnered up to open a CrossFit gym and I decided I would check it out, with no other purpose but to show my support for his new venture. I walked into his gym for my first workout and was welcomed by a wod(workout of the day) called “Cindy” which is an AMRAP (as many reps as possible) in 20 minutes of: 5 pull-ups, 10 push-ups, and 15 squats. I was in decent shape at the time and was somewhat offended when they told me I should scale the workout down to just 10 minutes. The trainers called 3-2-1-go and we were off, it only took about 5 minutes into the workout before I thought I was going to die. I eventually made it to the 10 minute mark and gladly walked away from the group, thankful that I was spared from having to complete the whole 20 minutes. I went home that night wondering why in the world anyone would willingly do that to themselves on a daily basis. I was sore everywhere and wasn’t sure I could play that supportive friend role any longer. A couple days later, determined to support my buddy, I did make my way back into the gym. Before I knew it I was hooked and had drank the kool-aid and was completely addicted.

I have had the opportunity since that time to travel across the United States and Canada and train at over 35 boxes with some amazing coaches. I have taken bits and pieces from each box and have brought them here to CrossFit Leverage to pass on to all of you.

We'd love to send you information about our pricing

Enter your details below and we'd be happy to show you our rates and explain them in detail!